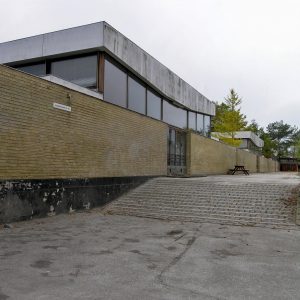 Pictured: Principal Von Trapp trying out his brick-colored Halloween costume in 2013. March, 2013. (Photo by seier+seier on Flickr (CC BY 2.0)

Principal Von Trapp has been an administrator at BCHS since it reopened in 2006. Before that, his past is shady and little is known. Also, his current whereabouts are unknown. He has recently made contact through a letter, which can be read here. We assume he is in another dimension, or has begun drinking again (or possibly quit drinking as heavily).

Trained in the art of deception and subterfuge by the government, rogue operative Chance Apollo has become the greatest and most effective Dean of Students in BCHS history. He is undefeated in his bouts with the student body and also has an epic mustache.

Quiet and secretive, the newly hired counselor has an extensive background in mental health and a passion for experiments. She also has a sun and human contact allergy.

Skilled with a thermometer and scalpel, Nurse Bull was formerly a military surgeon for hire and spent the better part of the past decade in a host of war torn countries.

Labeled a Phone Ninja by our missing Principal, Linda Luna has never met a paper she couldn’t push or an absence slip she couldn’t forensically disprove. She is the Gatekeeper to the BCHS office.